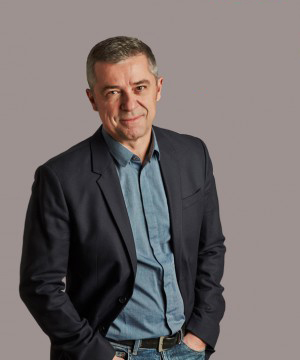 Founder of Kube Libre Industrie Creative, an independent advertising agency designed as a creative “factory” that brings together talents and structures in one space, Via Marcora 6, in Milan. A young structure, established in the ‘10s, which is born integrated by definition and is able to be a point of reference for all those companies seeking actual results through an integrated communication strategy.
[MORE]
He previously (2006) founded Bcube, a Publicis Group’s agency where he was Executive Creative Director and Managing Director. Thanks to its strategic and creative contribution, the agency acquired, through a tender, the fourth Italian mobile phone customer, H3G. Thus a strategic repositioning of the brand started with a new television format which led to a memorable campaign with Luciana Littizzetto in the parody of the famous heiress Paris Hilton. The campaign was a success in terms of satisfaction and results, attaining the goal of winning over new subscribers and, in particular, winning back the female target.

Still with Bcube, he designed the campaign for the Aprilia and Gilera brands of the Piaggio Group. After two wheels it was time for cars: following a long international consultation, he obtained the assignment from the BMW Italia Group for BMW, Mini and Motorrad brands.

The first job with the Motorrad team led to the “Anti-Season Program” campaign, followed by the BMW X3 campaign and the Mini Ray integrated communication platform. 2009 was the year of consultation for all brands of the Coca Cola Italy group. Thanks to an integrated creative and strategic approach, The Coca Cola Company gave him the assignment for the Coca Cola, Coca Light, Coca Zero, Fanta, Sprite, Nestea brands.

From 2000 to 2006 he was Leo Burnett’s Worldwide Creative Director for the Fiat Group. Under his creative direction, in 2001 the international campaign for the launch of Fiat Doblò was designed with the sponsorship of the Jamaican national bobsleigh team. The campaign was awarded in the same year as the best campaign of the year at the “Golden half minute” TV program broadcast by Canale 5. Nardi then supervised the launch of the Fiat Panda second series.

With Paolo Sorrentino and Jeremy Iron, he created the campaign for the launch of Fiat Croma called “a great journey”. He supervised on air campaigns in Italy and managed the coordination of the countries where the Fiat brand is present: from South Africa to Turkey and in most European countries.

He was the former Creative Director of TBWA/Milan, where he developed a “case history” for Corriere della Sera, supervising all campaigns for the launch of publishing products; with the launch of the Geographical Atlas, given as a gift with Corriere della Sera, he won a “Lion” at the Cannes Film Festival and several other international awards. He supervised the Italian launch of Sony Playstation and for Apple he managed the adaption of the campaign designed by TBWA/Chiat Day with the voice and collaboration of Dario Fo. He designed creative campaigns for Clementoni, Snam, Samsonite. 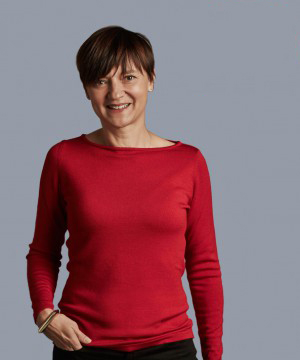 French by origin, Italian by adoption, with a long experience of collaboration with international companies, she is a strategic manager at Kube Libre where she contributes to develop communication strategies for on and off line platforms and customer engagement activities.

She was the Business Unit Director in TBWA Italy for Eni, Beiersdorf, Masterfood, Pernod Ricard and Novartis and head of the New Business area where she contributed to the acquisition of accounts such as Mc Donald’s, Eni, Radio 24, BNP Paribas.
She was also a consultant in the retail sector for Coop Italia.